By Dean Brightman. Reprinted with permission from The Hercules Express.

Ever wander down to the historic homes district near the waterfront, and wonder just how was it that an entire neighborhood from the Powder Works days was able to survive intact?

Turns out, that’s not exactly how it happened.

Turn-of-the-20th-Century Hercules was a true company town, right down the workers’ homes, which were built by the company.  At its height, Hercules totaled up to 100 residences, duplexes, and dormitories.  As they became vacant and were deemed no longer necessary due to fluctuations in the workforce, they were demolished.

By the early 1980s, an inventory of the remaining homes determined 20 were in restorable condition.  However, due to decades of piecemeal demolition, the existing neighborhoods were little more than a patchwork of homes and vacant lots.

The City then made the unprecedented decision of centralizing them into one coherent historic district.  The December 1981 Herculean detailed plans for the “new” community:

“The developer has plans to make the streetscape similar to that of the turn of the century when the homes were built.  Upon approval of the Hercules Municipal Historic District Board (the City Council members), the developers will paint the homes to reflect their design.  The colors will be muted and an overall color scheme will be used for the whole area.  Doors, windows and decorative touches will be accented with colors complementing the main body of the houses. The interiors will reflect the era of the homes.” 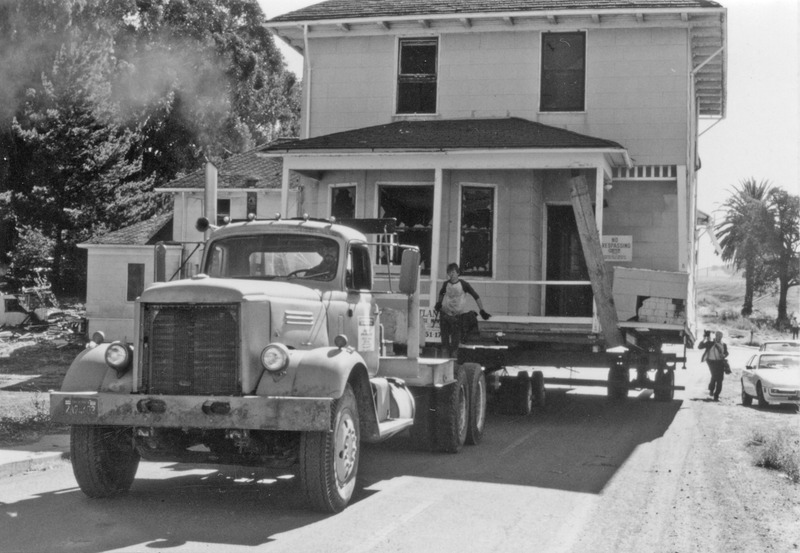 Even details such as streetlights and correct types of pickets for the fences were researched to ensure correct period detail was captured.

Of the 20 homes in today’s community, only seven are on their original foundations.  Professional building movers moved the other thirteen, weighing approximately 30 tons each, into their current positions.  New foundations were built, and restoration work began.

The vast majority of the cottages, built generally between the 1890s and the 1910s, are in the simple, understated Colonial Revival style featuring symmetrical designs and evenly spaced windows.  Only three Queen Anne-style homes remain, with more ornate detailing and steeply sloped rooflines.

Each home was kept as close to its original design as possible.  Kitchens were updated to adapt to more modern uses.  Back walls were expanded and rear decks built to add a bit more living area.  They were ready for lease by 1984, and residents could purchase them beginning in 1989.

The result of all the painstaking research, relocation, and restoration speaks for itself.  The beautifully preserved district is a time capsule.  If you wander around long enough, you can almost hear the plant whistle announcing the beginning of the next shift.